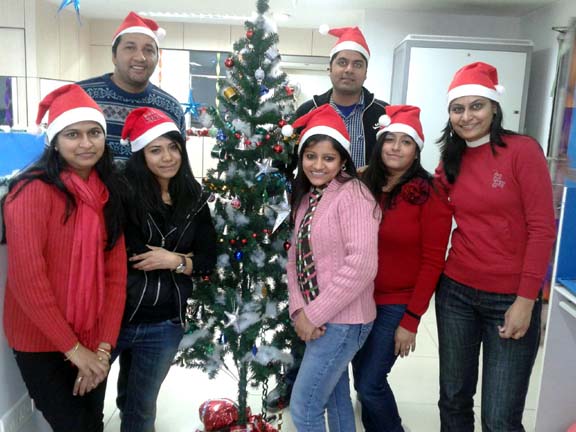 Christmas is celebrated Every Year on December 25th to commemorate the birth of Jesus . Christmas is also celebrated by an increasing number of non-Christians worldwide. The word Christmas originated as a compound meaning "Christ's Mass".

Christmas Day is celebrated as a major festival and public holiday in countries around the world. Gift giving takes place on Christmas Day in most countries. Others practice gift giving on December 6, Saint Nicholas Day, and January 6, Epiphany.

The practice of putting up special decorations at Christmas has a long history. Christians incorporated such customs in their developing practices.

The songs we know specifically as carols were originally communal folk songs sung during celebrations such as harvest tide as well as Christmas. It was only later that carols began to be sung in church. carols have often been based on medieval chord patterns, and it is this that gives them their uniquely characteristic musical sound.

A special Christmas family meal is traditionally an important part of the holiday's celebration, and the food that is served varies greatly from country to country Special desserts are also prepared, such as Christmas pudding, mince pies and fruit cake but richer meat such as lamb is increasingly served.The eating of sweets and chocolates has become popular worldwide now . oranges have been long associated with special Christmas foods.

Christmas cards are illustrated messages of greeting exchanged between friends and family members during the weeks preceding Christmas Day.

" Happy christmas " From www.vvonline.in to all of you.