Type 2 Diabetes increases the risk for pancreatic cancer by 1.5 to 2 times over the general population 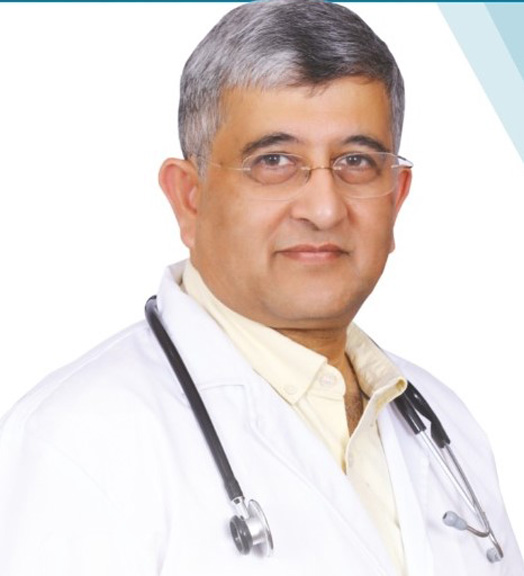 Dubai, United Arab Emirates 26th March 2020: Newly diagnosed diabetics over the age of 50 years, particularly those who are not overweight have 4 to 7 times the risk of pancreatic cancer compared to general population In the UAE, the International Diabetes Federation (IDF) reported that 17.3 percent of the adult population of the United Arab Emirates (UAE), more than 1 million people, had type 2 diabetes mellitus (DM), placing the country 15th worldwide for age adjusted prevalence. They reported that the prevalence of DM is rising faster in the UAE than any other part of the world and would likely double by the year 2040 due to the sedentary lifestyle and rising prevalence of obesity in the region.

Pancreatic cancer is the 10th most common cancer in the UAE but the 5th most common cause of death from cancer. It constitutes approximately 1% of all cancers in the region. However, the prevalence of this cancer amongst women in UAE is the highest in the world at 10.1 cases per 100,000 population. Even with the best available treatment the five-year survival rate in patients with pancreatic cancer remains below five percent and has not appreciably improved over the past three decades.

“The association between Type 2 DM and pancreatic cancer is complex. Although factors such as obesity, insulin resistance and sedentary lifestyle are common risk factors for both diseases, long-standing Type 2 DM independently increases the risk for pancreatic cancer by 1.5 to 2 times over the general population,” said Dr Sanjay Govil of Apollo Hospitals.

One of the diabetogenic substances produced by these cancers is Islet Amyloid Polyppeptide (IAPP). Since the diagnosis of DM precedes the diagnosis of pancreatic cancer, scientists are trying to find cost effective ways to screen newly diagnosed diabetics for this cancer prior to the onset of symptoms. State of the art CT or MRI scans are unable to detect pancreatic cancers until approximately 6 months prior to onset of symptoms because they are too small to detect by these modalities. Making an early diagnosis may require invasive procedures like endoscopic ultrasound. Such tests cannot be advised for large segments of the population, so scientists are trying to further whittle down newly diagnosed diabetics at risk for pancreatic cancer by identifying a tumour marker in the blood. The currently available tumour markers such as CA 19/9 are not useful in this regard. The search for a clinically useful marker is ongoing.

Until such a tumour marker is found, the best way to prevent DM and Pancreatic cancer is to eat sensibly, remain active, exercise regularly and avoid smoking.