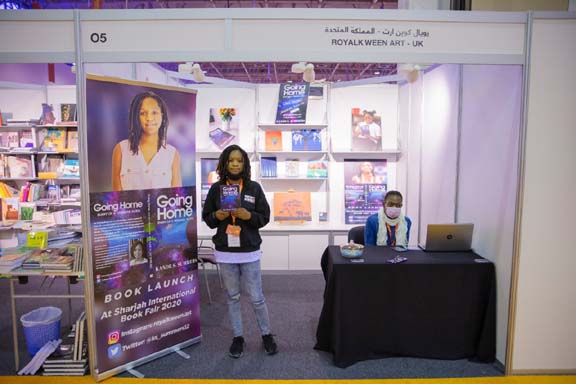 Winning a writing competition last year that offered a one-to-one mentoring in both writing and publishing a book is what kickstarted her writing project, said 12-year-old British author, Kande Summers, ahead of the launch of her debut novel at the 39th edition of the Sharjah International Book Fair.

Going Home: Diary of a Teenage Alienwill be launched at 5pm on Saturday, November 7, at Hall 6, Stand O – 03 at Expo Centre Sharjah, where the young author will signcopies of her books.

Summers, who won a competition in the under-12 category organised by Lit Publishing, received guidance in drafting a novel over the course of a year, and valuable advice on approaching publishers.

A resident of the UAE since age 7, Summers, who has always been interested in space adventures, says she did not have to struggle much while deliberating on the central theme of her book. “The writing process was not smooth all the time; but when I got into the flow, I found I could flesh out my characters and develop the story in the right direction.”

Writing through the adolescent lens of the protagonist, Lizzy, Going Home: Diary of a Teenage Alienoffers a dystopian and explorative perspective of how an intergalactic war would change the world as we know it today.

She particularly enjoys visiting book fairs with her parents, said the young author, adding: “I think it is a cool start to get my debut novel out at SIBF.”

Going Home: Diary of a Teenage Alienis available at SIBF 2020.

Apart from writing, Summers is also an accomplished artist and an aspiring singer.

The young girl, who is homeschooled in the UAE, has one word of advice for her peers: “Whatever it is that you want to do, seek help and get the necessary support but put in the hard work to reap the best results.”