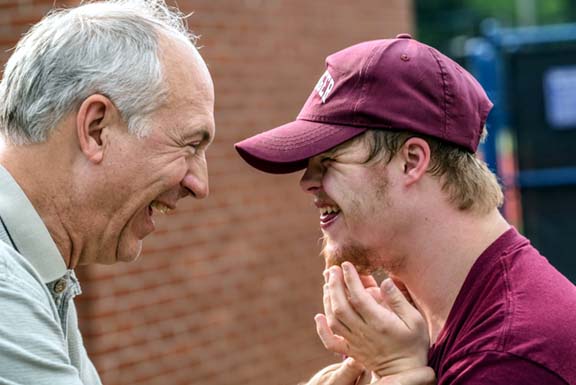 Benjamin Lucas was a 70-year-old man and was delighted and proud about him and his lifestyle. His only worry was that he was lonely and had very few close friends and his relations been living in different states in USA. He was a wealthy bachelor who owned $5 Million worth of assets without any liabilities. Benjamin felt lonely many times and started a friendly communication with his house cleaner, Victor Lee. At the beginning Victor was hesitant but later agreed to his boss’s friendship request. Benjamin and Victor started to engage in friendly communication. Benjamin told Victor about his young days, assets and hobbies. Victor also reciprocated. Benjamin was delighted to have a companion.

After 2 years, Benjamin fell sick and Victor called the Ambulance and took him. The doctor asked who his next of kin is and Victor gave his name and contact details. Rd. Elijah William did a blood test and told Victor that Benjamin was suffering from Stage 4 Blood Cancer and will die anytime. Victor smiled and was thinking that time has come to get ownership of Benjamin’s $5 Million worth of assets and went home leaving his Boss/friend Benjamin in the hospital.

Benjamin was frail and weak and pressed the alarm button and called the nurse in charge. Julian the nurse came and asked the reason. Benjamin asked him to call his Lawyer Michael Daniel. Julian called Michael and he came in a few hours. Benjamin and Michael spoke with each other for few hours and Benjamin signed a document.

Victor came to the hospital and met Benjamin during his stay. Benjamin was getting weaker day by day and Victor was overjoyed. But Victor did not show his joy to his Master. After few weeks in the hospital Benjamin died of blood cancer. Victor took charge of Benjamin’s body and did the final rights. He took over his Boss’s assets and started to use and sleep in late Benjamin’s master bedroom Few months passed like this. One day Michael Daniel arrived in his Jaguar car and pressed the calling bell of Victor’s house. Victor came and opened the door and was shocked to see Michael. Victor asked who he is and Michael said that he is the lawyer of Benjamin and the young man next to him is Benjanmin’s nephew, Alexander the beneficiary of Benjamin’s $5 Million worth of assets. Victor yelled and said that he is the owner but Michael showed him the final will of Benjamin and told him to pack his things and leave. Victor said he will not leave. Alexander beat him up, pushed him and chased him away.

Moral of the story: Some friends only use people to pass time and have fun. Will they include you in their will?